Today’s civil law derives from traditions in which undisputed norms regulated the coexistence of members of a community in the form of rights, entitlements, and obligations. Within the framework of international law, custom refers to legal norms that have arisen from the usual ways that nations relate to one another, whether through diplomacy or aggression.

On extended travels through Israel and the occupied territories, Haus am Gern fixed U-locks engraved with the text CUSTOM CREATES LAW to fences, grids, barriers, and railings. A total of 74 locks were ­illegally attached (they could only be removed by force), the keys archived, and the sites documented by several dozen photographs, which were later assembled by computer into a single image.

The choice of places was made both spontaneously and in response to the history(ies) in situ. In Israel, in the densely populated cities and the arid deserts, the memories and remains of events that occurred decades, centuries, or millennia ago overlap, and are supposed as evidence to justify legal, political, and religious claims today—not to mention those places considered by the different religious communities as “promised by God.” 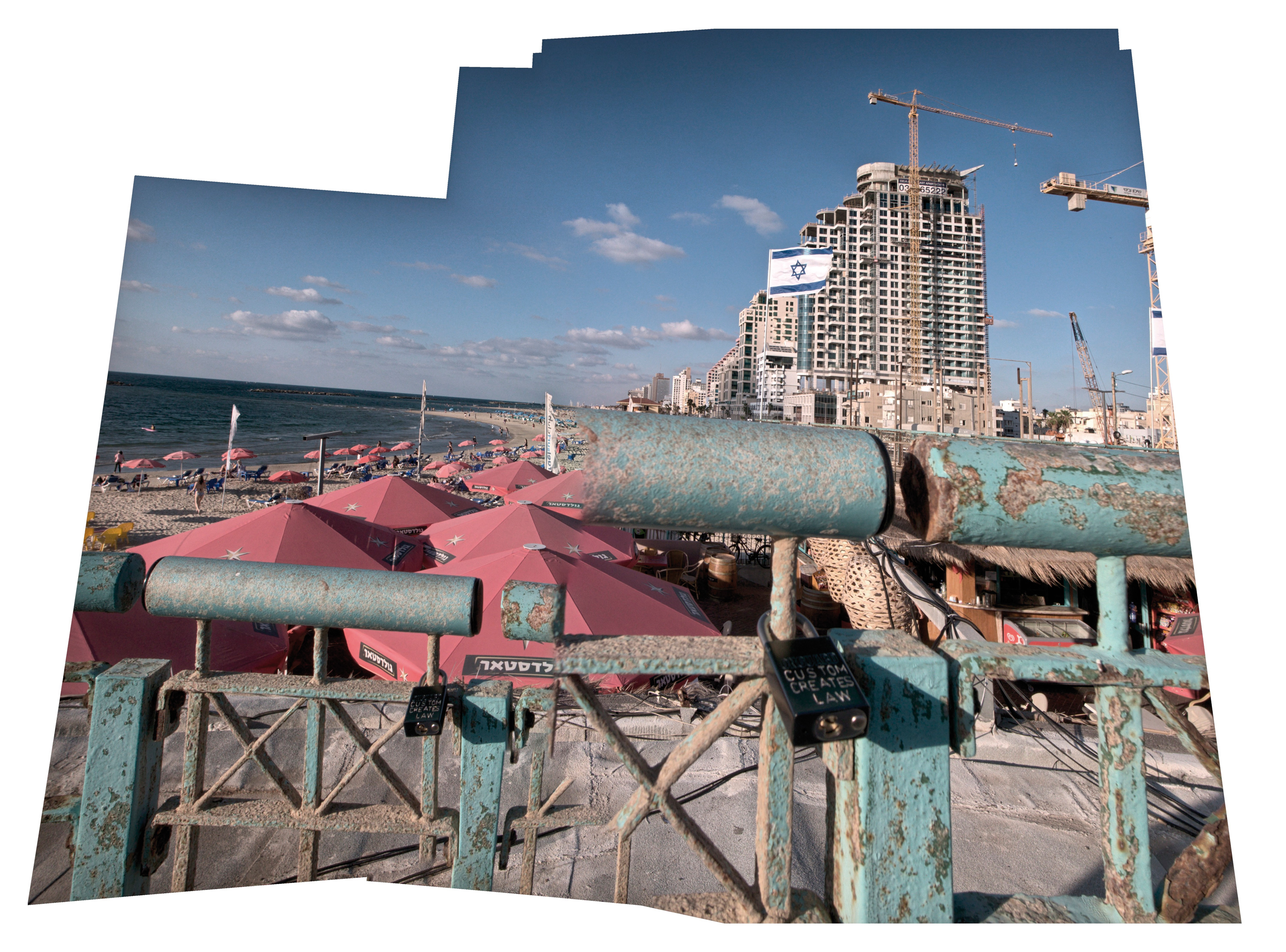