He would say “Never work!”

While he was alive, I never called him Dachy—I called him Marc. We can’t help changing them: the dead. They require special treatment. I met him two months before my May 2014 suicide attempt. I was 22. A friend, C., introduced us. It had to be done. I was putting together the first issue of a magazine that I had decided to call OROR. The first thing I described to Dachy was how OROR is the bright side of Maldoror. I think I remember this comment making him clasp his hands together in front of him, like when an opera is about to end and you’re waiting to start clapping. A long while later, one morning I opened a large kraft paper envelope. This had become commonplace. I recognized my friend’s inimitable handwriting: archaic, cuneiform-like but written in pen, often green, or purple when he felt like it. Inside, three facsimiles. It was MERZ, Tzara’s magazine, which Dachy had reissued. When I read the credits for the reprinting, I burst out laughing: “1998 – Mouvement Art Libre (M.A.L.).” We were birds of a feather.

I interviewed Dachy for OROR in what he called “the villa,” an eight-square-meter office on the top floor of a building at the corner of Rue Campagne Première and Montparnasse Boulevard. I wanted him to discuss what had been his magazine, Luna Park, as well as his other work on Dada. In the middle of his office, with a window so large compared to the size of the room that it caused awful vertigo, beneath helical columns of papers, messy piles of books were jammed against the ceiling all around us. Dachy’s rare, precious, strange books.

During the interview (1. OROR Zine #1; video at oror-fanzine.net) (I don’t know if we took any drugs, but it felt like we had), he talked first about how when he was twenty, freshly plucked from his provincial home, he went to New York, hoping to catch Burroughs and interview him for the first issue of Luna Park. He met him after a reading. He showed me a photo of the two of them. Marc looks different; he’s very dark, very thin, but I recognize his jutting lower lip. Burroughs and Dachy, playing chess.

Shortly before I found myself in a mental hospital in May, I went to New York with a lover. Marc had given me dozens of addresses that he and the beats had frequented. My girlfriend and I went to them all. Most of them had closed, or worse. Marc was seeing a psychoanalyst about his violence. One day at the mental hospital, he brought me a radio, soothing oils, cocaine, and Chasse Spleen wine. Marc always left cafés and restaurants without paying. The only ones where he was still welcome in Montparnasse were the Closerie and sometimes the Sélect. One night, Marc went to the Closerie naked under a long white djellaba. He took it off right in the middle of the room while reciting Lautréamont, because he had lost a bet with me. Marc wanted to write a book about the Japanese Dadaists. One day he introduced me to Sollers under the pseudonym of a certain Sophie Podolski. Sollers then looked at me strangely and told me to take on an enigma which is in a Cendrars novel and to come back once I had found the solution. I couldn’t remember what it was so I never saw Sollers again. Once, Marc paid at a restaurant with a check from the Jean Arp foundation, signed Jean Arp. One day, when he was visiting me at the Saint-Antoine Hospital, he shouted at the nurses: “You killed Bolaño, you whores!” Marc loved me while I was in love with a woman, then hated me the day I fell in love with a man. He called me a “little hussy.” Then he cooled it. To encourage my discovery of my femininity—“ludically,” in his terminology—he gave me a volume from the Bibliothèque de la Pléiade every time my new lover made me orgasm. He told me, “you know, there are lots of authors in the Pléiade.” All I had to do was send him a text message with a name. He gave me Brecht, Jacottet, Michaux, Shakespeare, Rabelais, Chekov, Saint-John Perse, Barbey d’Aurevilly, Joyce, Jarry, Cendrars, Nietzsche, Rimbaud, Villiers, Leiris, Rilke, Saint Augustine, Yourcenar, Baudelaire, the old and the new testament, Queneau, Wilde, and Casanova.

One day, we went to Drancy. Another we visited Mallarmé’s house. Marc sometimes wept with joy when his daughter Kikuko played the harp. He was head over heels in love with his wife Mayuko. Marc would write me every morning, around six or seven, while listening to Radio France Culture; and almost every morning was the morning after a drinking bout. One day, Marc needed a text by Yannick Haenel for Luna Park. He ran into him in the street, handed him a pen and piece of paper, saying “Go ahead!” Yannick did, and the text was excellent. I never understood how Marc worked, nor how he provided for himself and his family. Later, doing some thinking, I grasped it. There are no clear borders between work, art, love, friendship, desire, madness, and discipline for us, the degenerate para-situs. A work of art is very different from work. Marc was a man very much of his own time. He would say “Never work! Pick up money off the ground!” I didn’t agree. I thought it was disgusting, and we fought a lot because of that. One afternoon in August we were walking in the Rue Babylon garden with Edward Mérino. They were talking about Christian Dautremont, who they knew well. I was listening attentively. Marc told me about the existence of a certain Guy Debord, that situationism is him, that he grew up in this garden and in this neighborhood where Edward and I were living. Here he invented the concepts dérive and psychogeography. I’ve said that I live in the Bermuda triangle since I’ve lived in this neighborhood. But it is truly indescribable, and in any case, this place should stay a secret, an internal experience. Marc added that Gombrowicz lived right over there, across from the garden. Marc knew everything about everything. I decided to exchange the salary that Edward owed me for a day’s work for dinner at the Closerie with him and Marc. Edward accepted, and we hailed a cab. Edward couldn’t tell which color the taxis were. “Is that one red or green?” He’s colorblind. We arrived at the Closerie. My lover and our friend C. met us. We ordered dessert and a cheese course first and the entrées last, drenching it all in astronomical quantities of Bloody Mary. The night veered towards disaster. Marc, our friend C. and my lover got into a fight. It was no joke. Edward and I dove to the ground. Furious and utterly embarrassed, I fled. I wrote in my journal from that time: “Marc was horrible. Aggravating. He thought he was being funny but he was just dumb and drunk. His disgusting stupidity and self-satisfaction took over the whole discussion. (…) I’ve lost too much time to these bravado-brandishing bozos.” In a letter Frida Kahlo wrote to Diego Rivera while passing through Paris for an exhibition, she talks about “this bunch of coocoo lunatic sons of bitches of the surrealists.”

Marc sent me his book The Dada Archives and the publishing catalogue for l’Encyclopédie des Nuisances with a single word, “Sorry.” The day after, an unpublished poem by Crevel, and some Clément Pansaers poems. Marc had told me to read Buñuel’s memoirs. I forgot to, but I did four years later on the recommendation of Gaëlle Obiégly. She knew Marc from elsewhere; from when she had hung around with the beats in NYC. I read the memoirs at Ferdinand Gouzon’s last summer. Ferdinand, if you’re reading this, I forgot the books at your place, I’d love to get them back. Two days later, Marc told me to read a text about theatre by Genet. The day after that, he gave me The Theatre and Its Double by Artaud. 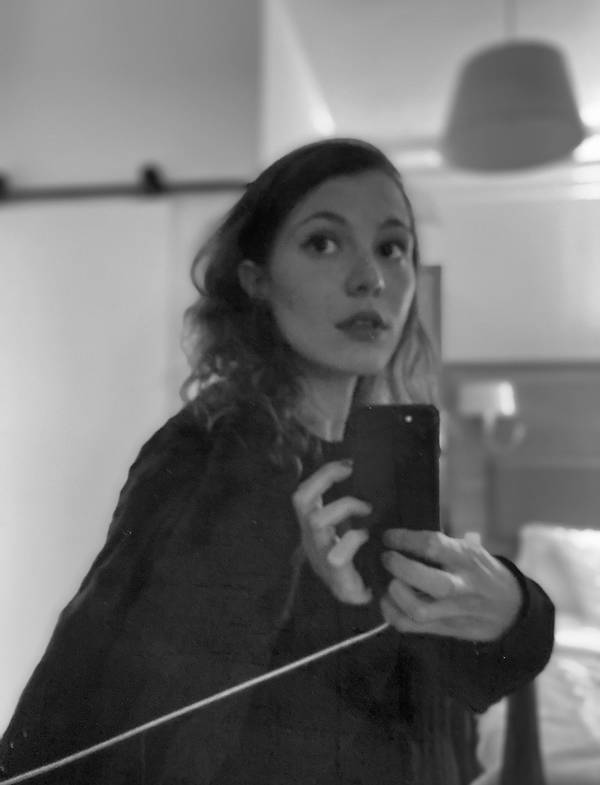 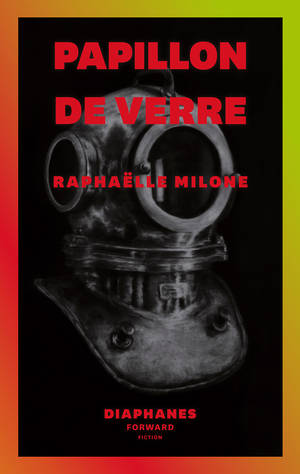