Tatsumi Hijikata (1928–86) was the initiator of Butoh dance, now renowned and inspirational worldwide. Hijikata’s work – undertaken mostly in 1960s Tokyo in an era of intensive uproar and violent street-riot insurrection – survives most vitally in the medium of film, especially through his many collaborations with filmmakers on experimental projects and feature films, as well as in documents of his incendiary performances. Based on original research and on interviews with the filmmakers Hijikata worked with, Film’s Ghosts illuminates his seminal work against the tumultuous backdrop of 1960s urban culture in Tokyo. Hijikata’s films extend from the beginnings of the 1960s with the first filmings of Butoh by the US experimental filmmaker Donald Richie and the photographer Eikoh Hosoe, to the screening of Hijikata’s work in an immense 360-degree projection format at the Osaka World Exposition in 1970, for an audience of 12 million spectators across 6 months. Those films reveal the turmoil of 1960s Tokyo as it moved from the remnants of scorched-earth wartime devastation to a new megalopolis of screen-constellated corporate mega-towers and tight surveillance.

In the first part of the event, author Stephen Barber will introduce his book and the film screenings, across two parts. The first part will focus on Hijikata’s involvement in experimental film works and includes Eikoh Hosoe’s film Navel and A-Bomb (1960, 15 min.) and Donald Richie’s Wargames (1962, 22 min.), as well as a short documentary, Astrorama (1970, 15 min.) about the Osaka Expo and the film Hijikata made for it.

The second part of the event will focus on Hijikata’s participation in Japanese studio feature films – especially, horror films and pornographic films – at the end of the 1960s, during the era when he ran a sex-cabaret nightclub in Tokyo alongside his art-dance performance work. He took the main role of a mad anatomist in the grotesque horror-film, Horrors of Malformed Men (1969, 100 min.), banned in Japan immediately after its release, and which will be shown in its entirety. 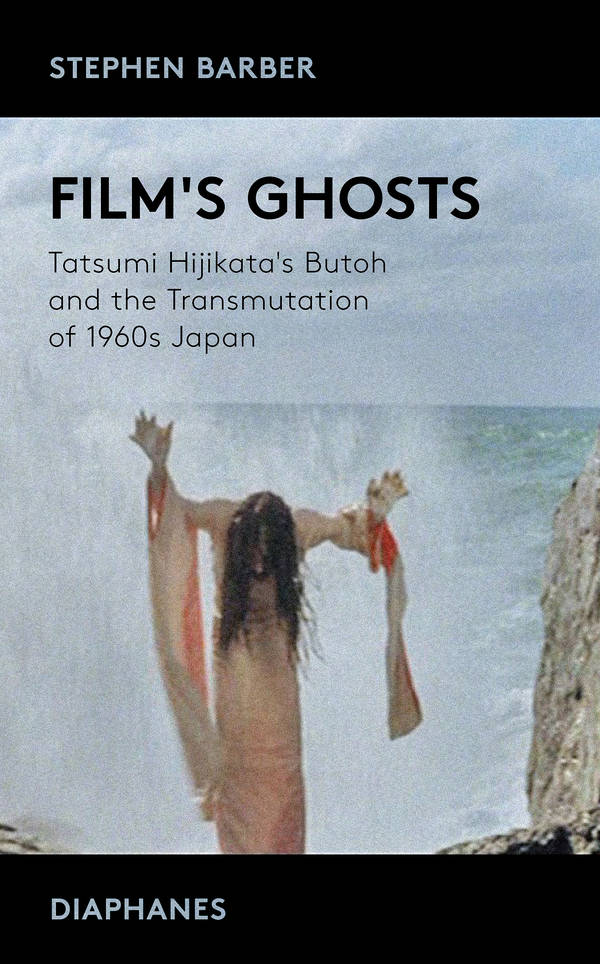 Tokyo during the 1960s was in a state of uproar, full of protests, riots, and insurrection. Tatsumi Hijikata – the initiator of the 'Butoh' performance art and the seminal figure in Japan’s experimental arts culture of the 1960s – created his most famous works in the context of that turmoil. Central to Hijikata's vital 1960s work are his many films, from experimental projects undertaken in collaboration with artists, to horror and sex films made for Japan's ailing studios, to his participation in the corporate, state-power spectacle of the Osaka World Expo ’70.

Based on original interviews with Hijikata’s collaborators as well as new research, Film’s Ghosts illuminates Hijikata’s world-renowned, spectral 'Dance of Utter Darkness', Butoh, and explores Hijikata's films directly against the backdrop of 1960s urban culture in Tokyo, with the rise of its screen-constellated mega-towers, its fierce protests and riot-police battles, its ascendant security-guard and surveillance industries, and its experimentations in art, sex and terrorism.

An essential book for readers engaged with film and performance, urban cultures and architecture, and Japan’s experimental art and its histories.