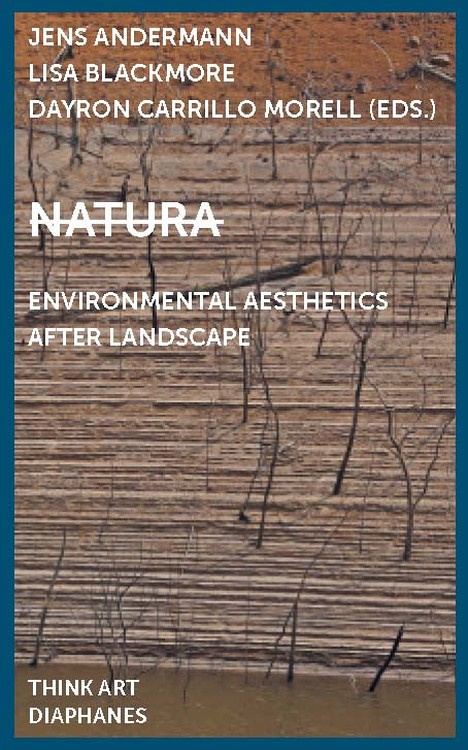 is a Brazilian artist based in Sâo Paolo whose work includes sculpture, filmmaking, composition, poetry, novels, and journalism. As well as large-scale installations, Ramos also produces outdoor works in which natural elements play an integral role. He has participated in important exhibitions since 1983, including the 1985, 1989 and 1994 editions of the Bienal de São Paulo, and represented Brazil at the Biennale di Venezia in 1995. His distinctions include the Grand Award of the Barnett Newman Foundation in 2006 and the Prêmio Portugal Telecom de Literatura in 2009. In 2015, he was Distinguished Brazilian Writer in Residence at the University of California, Berkeley. His books include Ó, Junco, Ensaio Geral, and Adeus, cavalo, published with Editora Iluminuras in Brazil, and Beatriz Viterbo, in Argentina. www.nunoramos.com.br

Entangled with the interconnected logics of coloniality and modernity, the landscape idea has long been a vehicle for ordering human-nature relations. Yet at the same time, it has also constituted a utopian surface onto which to project a space-time ‘beyond’ modernity and capitalism. Amid the advancing techno-capitalization of the living and its spatial supports in transgenic seed monopolies, fracking and deep sea drilling, biopiracy, geo-engineering, aesthetic-activist practices have offered particular kinds of insight into the epistemological, representational, and juridical framings of the natural environment. This book asks in what ways have recent bio and eco-artistic turns moved on from the subject/object ontologies of the landscape-form? Moving from botanical explorations of early modernity, through the legacies of mid-twentieth century landscape design, up to artistic experimental recodings of New World nature in the 1960s and 1970s and to present struggles for environmental rights and against the precarization of the living, the critical essays and visual contributions included in Natura attempt to push thinking past fixed landscape forms through interdisciplinary encounters that encompass analyses of architectural sites and artworks; ecocritical perspectives on literary texts; experimental place-making practices; and the creation of material and visual ecologies that recognise the agency of non-human worlds.