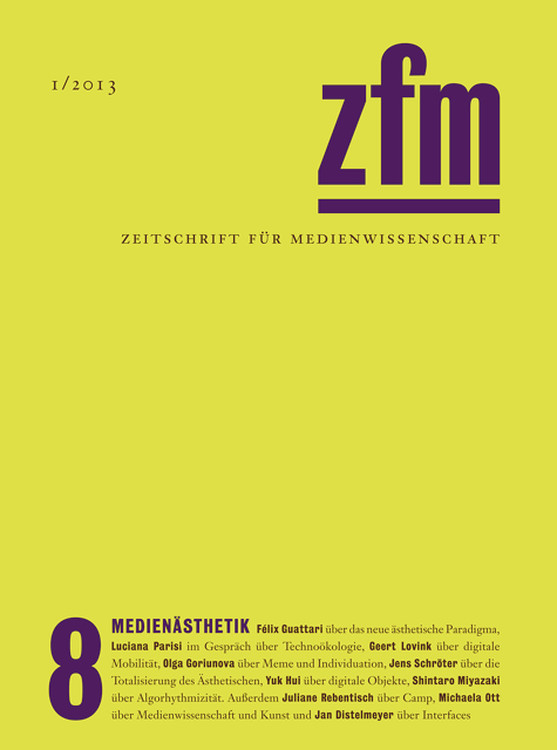 Geert Lovink is a Dutch media theorist, internet critic and author of Uncanny Networks (2002), Dark Fiber (2002), My First Recession (2003), Zero Comments (2007), Networks Without a Cause (2012), Social Media Abyss (2016), Organization after Social Media (with Ned Rossiter, 2018) and Sad by Design (2019). In 2004 he founded the Institute of Network Cultures at the Amsterdam University of Applied Sciences. His center organizes conferences, publications and research networks such as Video Vortex (online video), Unlike Us (alternatives in social media), Critical Point of View (Wikipedia), Society of the Query (the culture of search), MoneyLab (internet-based revenue models in the arts). Recent projects deal with digital publishing and the future of art criticism.
Other texts by Geert Lovink for DIAPHANES