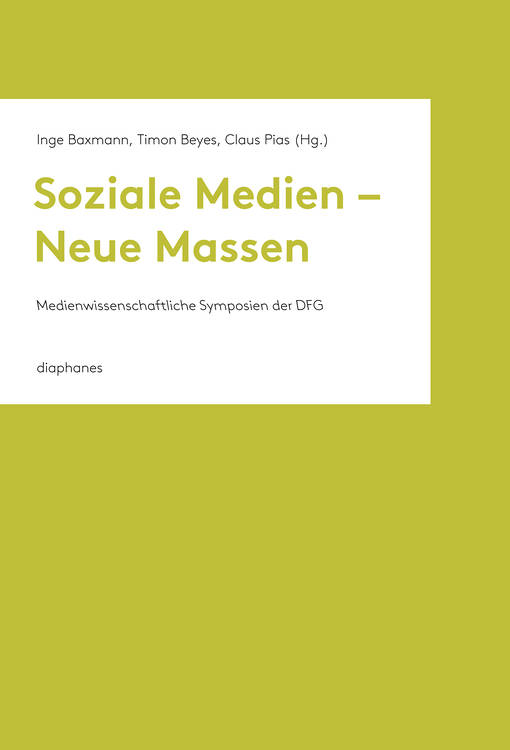 is a media theorist whose interests as a teacher and researcher include digital identity (and its history), e-government and e-health, the genealogy of transaction, rurality, and barns. After holding positions at the University of Bremen, Stanford, the University of Texas at Austin, and the International Research Institute for Cultural Technologies and Media Philosophy in Weimar, he was made an assistant director of the research group Media Cultures of Computer Simulation at the Leuphana University in Lüneburg.
Other texts by Christoph Engemann for DIAPHANES