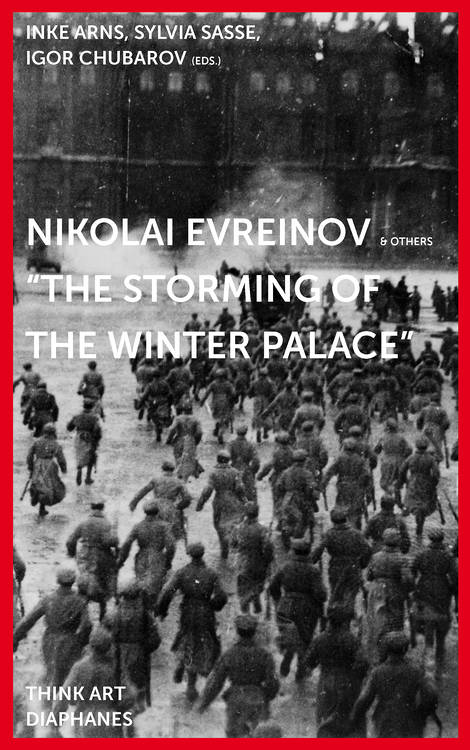 The Storming of the Winter Palace
Recollections of the staging to celebrate the third anniversary of the October Revolution (unpublished typescript, 1924)

(1879–1953), theater theorist, director, and playwright, who gained renown with his theories on the “natural” theatricality of human beings, “theater as such,” and “theater for itself.” His plays—monodramas and pieces that staged his idea of theater therapy—were rather aesthetically conventional. Evreinov already became involved in replications and reenactments at the Starinnyi Theater (Antiquarian Theater), which he co-founded and where he reconstructed and reenacted historical performances. Even after emigrating to Paris in 1924, he monitored the theatricalization of the Soviet Union, writing among other things a piece about show trials entitled The Steps of Nemesis (Shagi nemezidy), which reenacted them as theater. Evreinov was the head director for The Storming of the Winter Palace, “commandeered” for this purpose from the military.
Other texts by Nikolai Evreinov for DIAPHANES